This year has been an extremely challenging one for our friends in Afghanistan. The Taliban has been imposing increasingly more restrictions on women and girls, natural disasters have displaced and devastated communities, and still many are waiting to hear whether they will be granted a place in Australia’s humanitarian and family visa program. Despite these challenges, OPAWC has continued to run courses in addition to providing food aid for families in need.

OPAWC also welcomed a new Executive Director, Parwana and Program Manager, Sara. Before taking up her new role with OPAWC, Parwana worked as a teacher in refugee camps in Pakistan. She also has extensive experience volunteering with many organisations in the provision of support and capacity-building programs for women. Living among refugees gave Parwana great insight into the particular needs and challenges faced by women, including lack of proper nutrition, health issues, inaccessibility to education, and denial of basic human rights. She brings to OPAWC a strong commitment to women’s rights and independence. Sara started in her role as Program Manager at the beginning of August. Sara is 22 years old and only began learning English since the Taliban came into power in 2021, remarkable considering her excellent communication skills. While based in Kabul, Sara coordinates projects across the country at different centers. She brings to OPAWC determination to stand alongside the women of Afghanistan.

SAWA-Australia (SA) greatly values the support provided by members and friends since the Taliban takeover. Normal fundraising was difficult when we were not sure how (or if) we could send money to Afghanistan. However, having found a secure system of money transfer this year, we enjoyed reconnecting with our community and holding some successful events.

In March, in partnership with Amnesty International and the Women’s International League for Peace and Freedom, Mark Isaacs, author of The Kabul Peace House visited Adelaide and spoke about his book, and former SAWA-SA Committee member, Fahranaz Haidari, gave a powerful speech about her own family’s experience as members of the Afghan diaspora already residing in Australia. 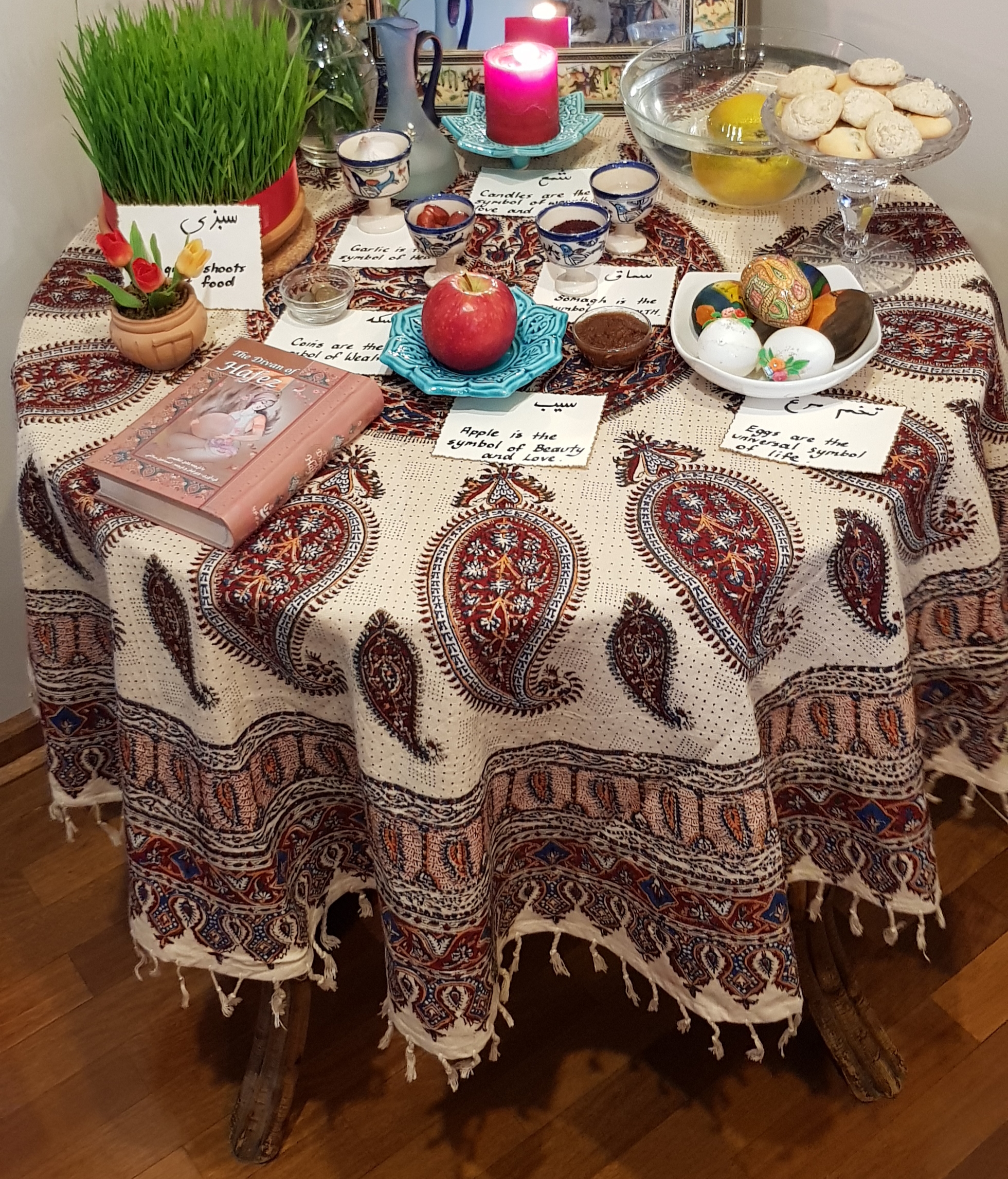 In June, our Adelaide friends enjoyed a presentation by author Pamela Rajkowski OAM who spoke about the thousands of Afghan, Pakistani and Turkish cameleers who came to Australia between 1860 and 1930, playing a crucial role in shaping the Australian outback for the new Australian colonies.

The community at Christie Walk Eco-village hosted a successful SOUP-er fundraiser in July to raise money for the SAWA Afghan Earthquake Appeal. And at the end of the month members of the SAWA-SA Committee shared morning tea with the Muslim Women’s Association of South Australia which was a wonderful opportunity to meet, learn and network with women from a number of organisations. 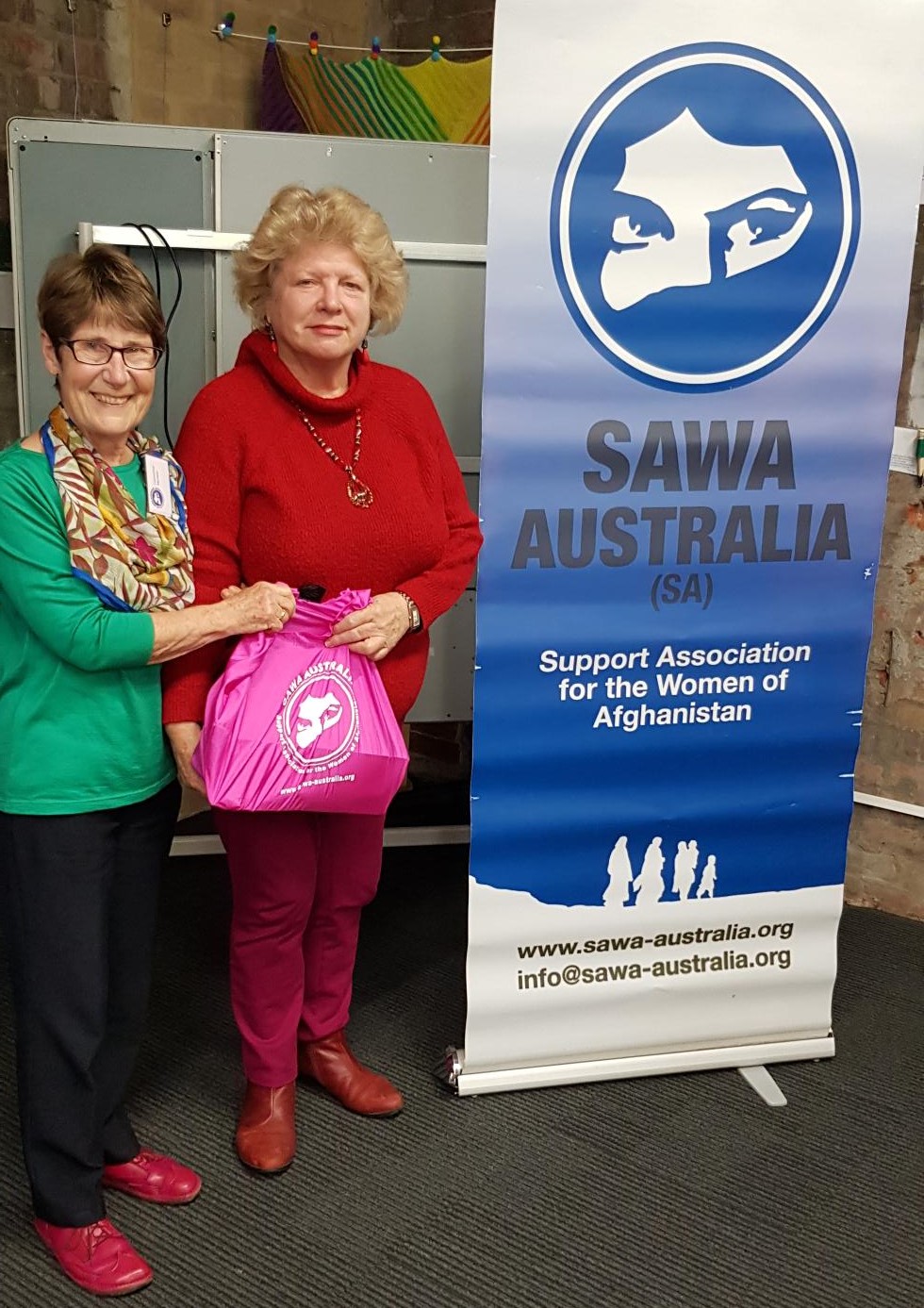 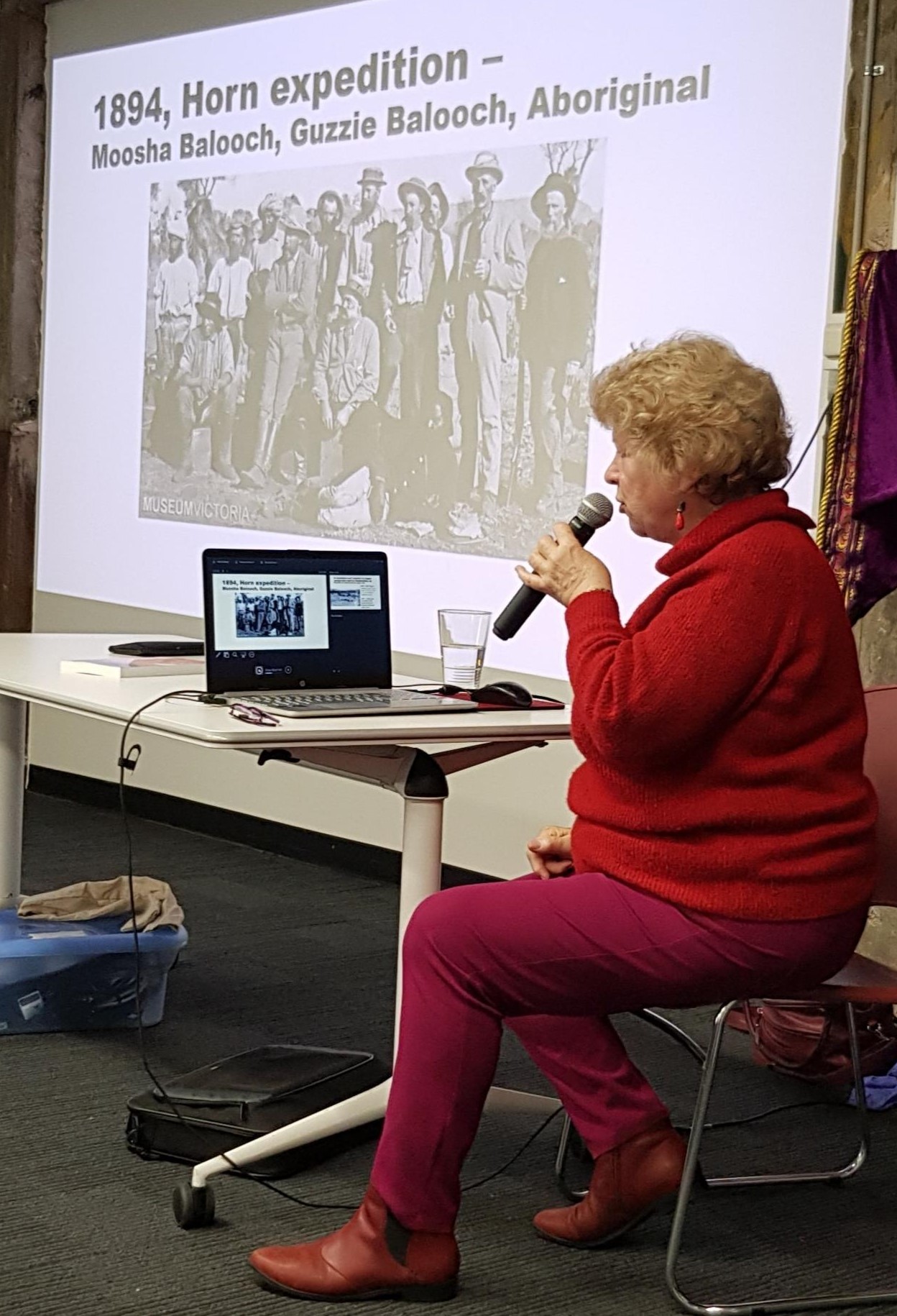 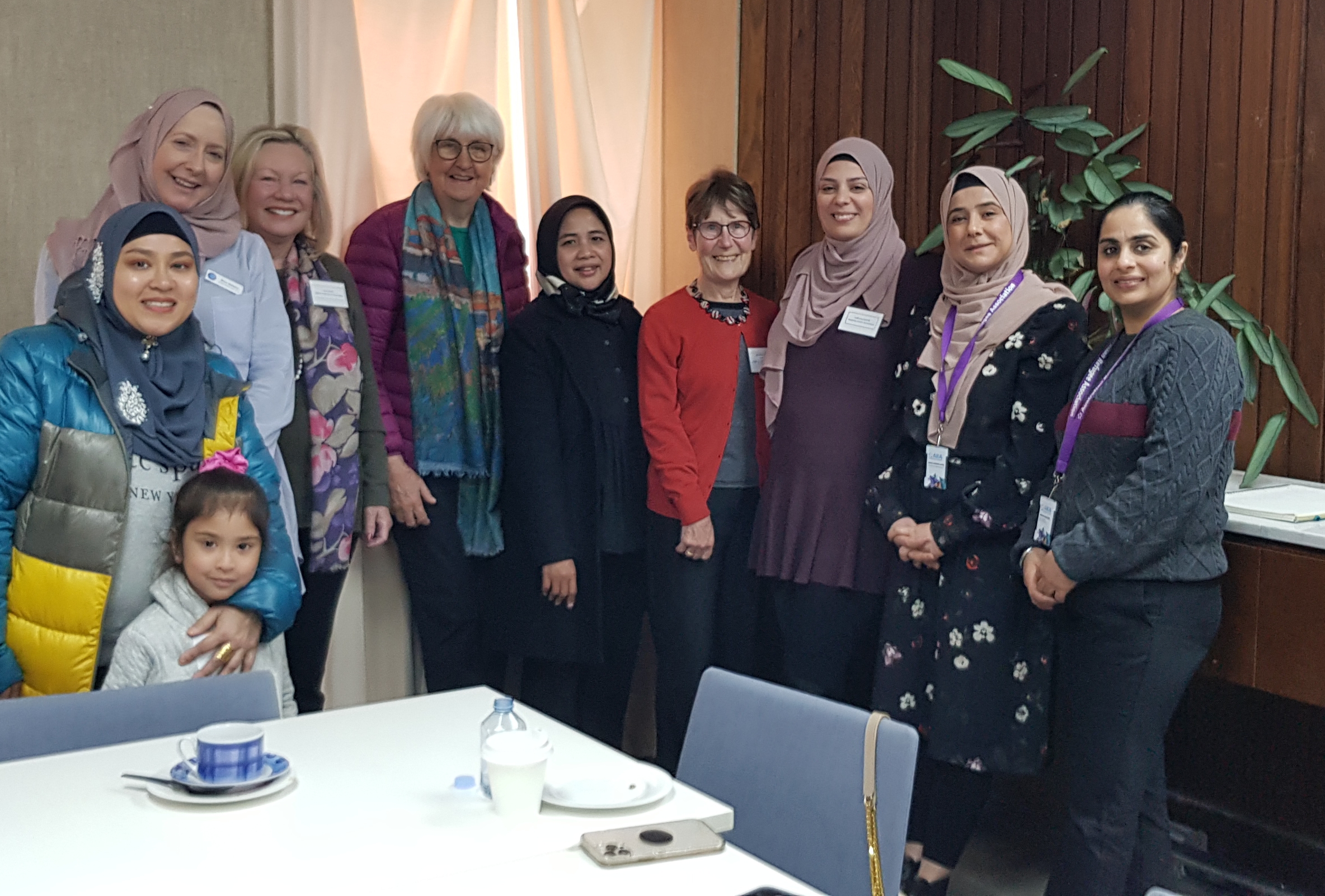 Members of the Committee with the Muslim Women’s Association of South Australia (left to right, Julie Irwin, Margaret Gadd and Maureen Arnott)

Earlier in the year we were thrilled to hear that the Handkerchief Project artworks from our friend Gali Weiss’ Making Marks project had been acquired by the Australia War Memorial in Canberra. The funds from this acquisition initiated funding for the project New Hope, Omid Now. SAWA-Australia (SA) entered into an Auspice Agreement with New Hope in order that donations to this project would be tax-deductible. Gali Weiss, Mursal Nazari and Barbara Kameniar have made great progress on this inspiring project which aims to support women unable to complete university studies in Afghanistan since the Taliban take-over. Three young women are now studying at the Asian University for Women in Bangladesh, and more placements are being sought.

The SAWA-SA Committee responded during the year to appeals from OPAWC staff for assistance with applications for Australian Special Humanitarian Visas. In total, 19 visa applications were lodged, but sadly, processing has been very slow and we are aware that it may be a long time before we learn of success, or otherwise.

The Annual General Meeting of SAWA-Australia (SA) was held in mid-November at Rumi Palace Restaurant in Adelaide, and as usual it was a great occasion to meet and stand in solidarity with the women of Afghanistan. Ruth Russell retired from the Committee in February and Ruth Redfern and Farahnaz Haidari stepped down as Committee members. We acknowledge with sincere thanks their valuable, dedicated service on the Committee: Ruth Redfern for seventeen years, Ruth Russell for five years and Farahnaz for three years.

Ending the year on a high, at the end of November some members of the Committee virtually attended the Vocational Training Centre’s graduation ceremony for its students. While the internet connection was unstable, it was nevertheless amazing to be there with the students and staff as they celebrated, and so wonderful to see them feeling relaxed and safe and able to express themselves through poetry readings, theatre and dance.

Thank you to all our members and friends for your continual and passionate support over the year, and to all staff at OPAWC for their inspiring resilience and dedication. We look forward to another busy and successful year ahead. 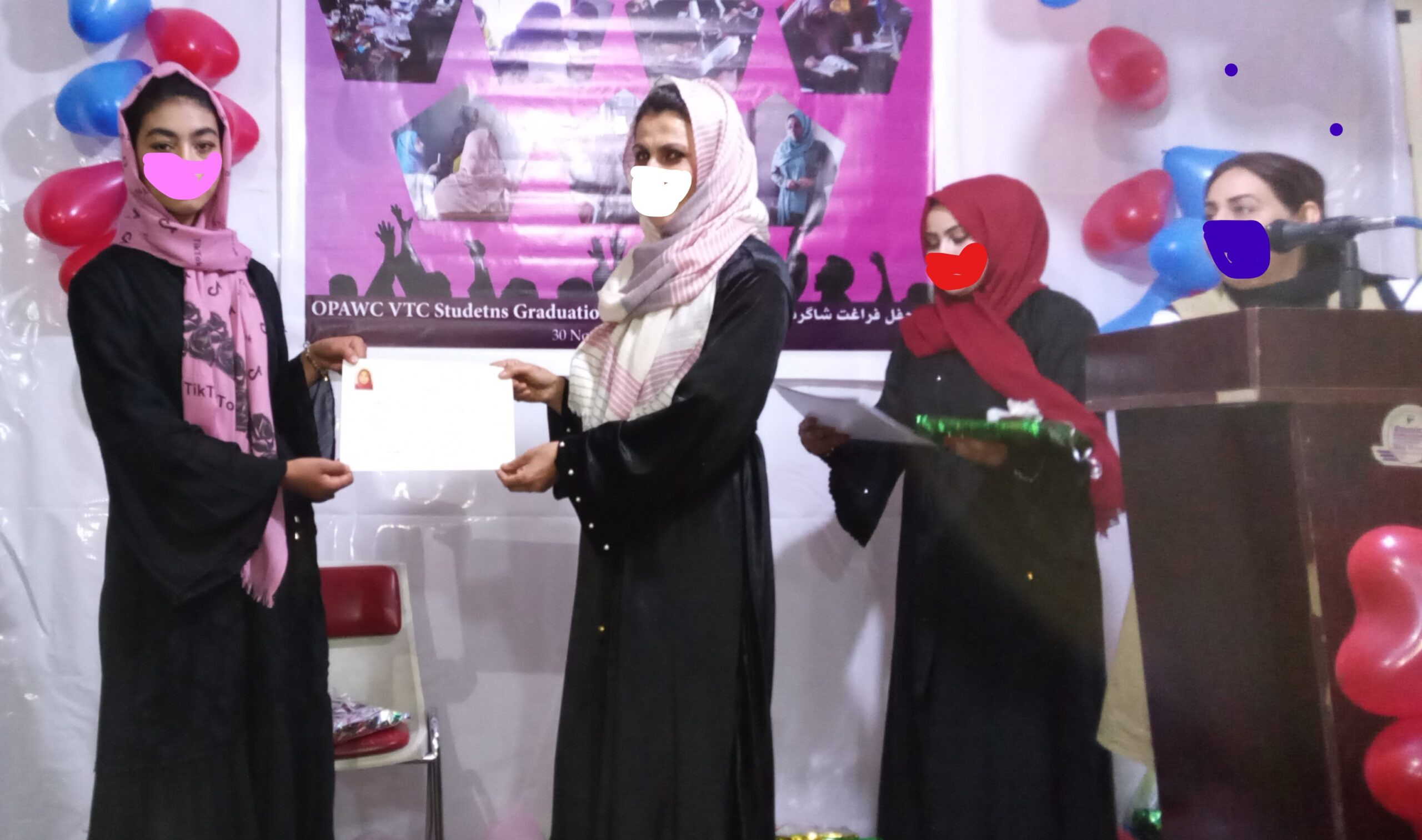 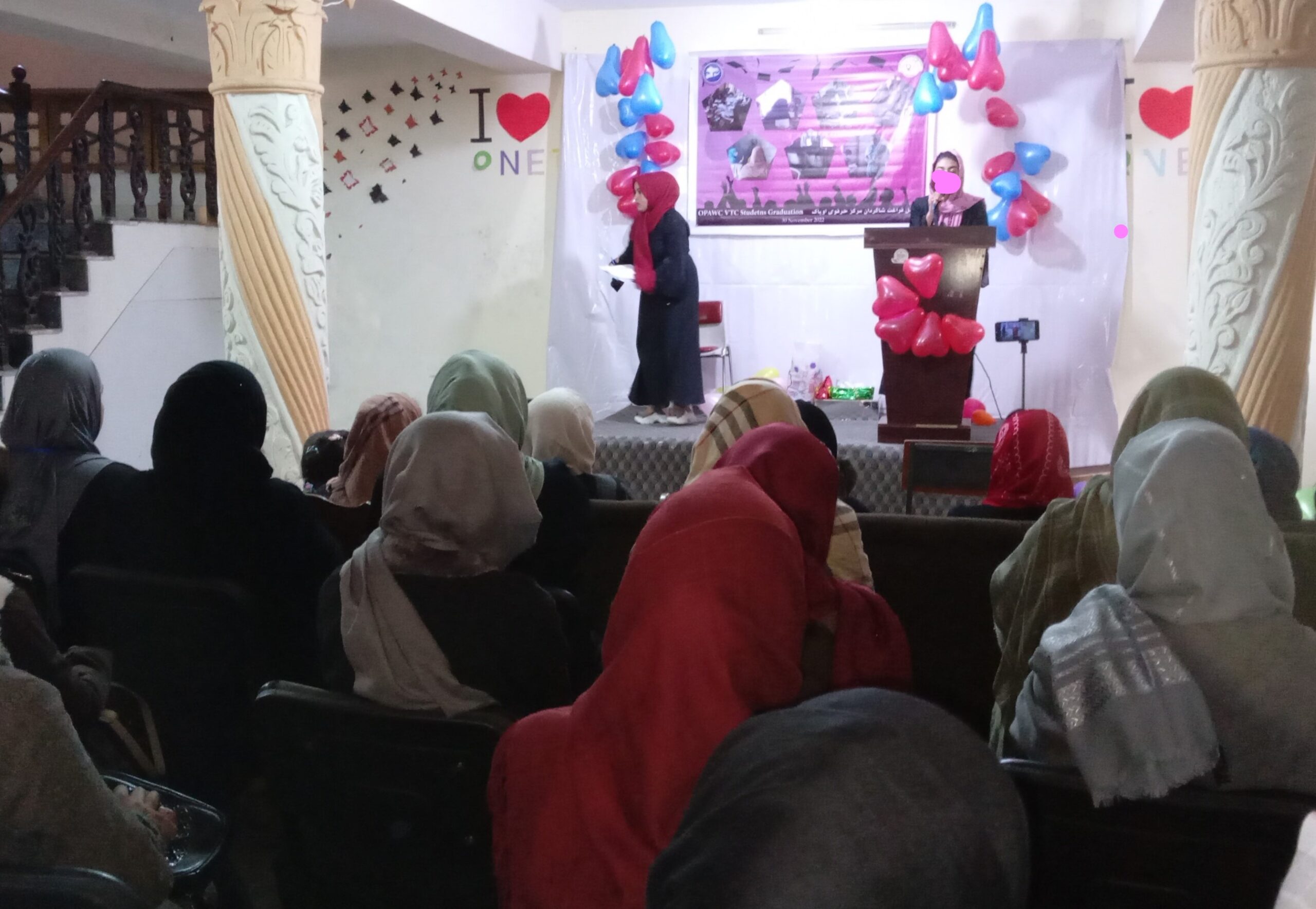 Students at the VTC graduation ceremony 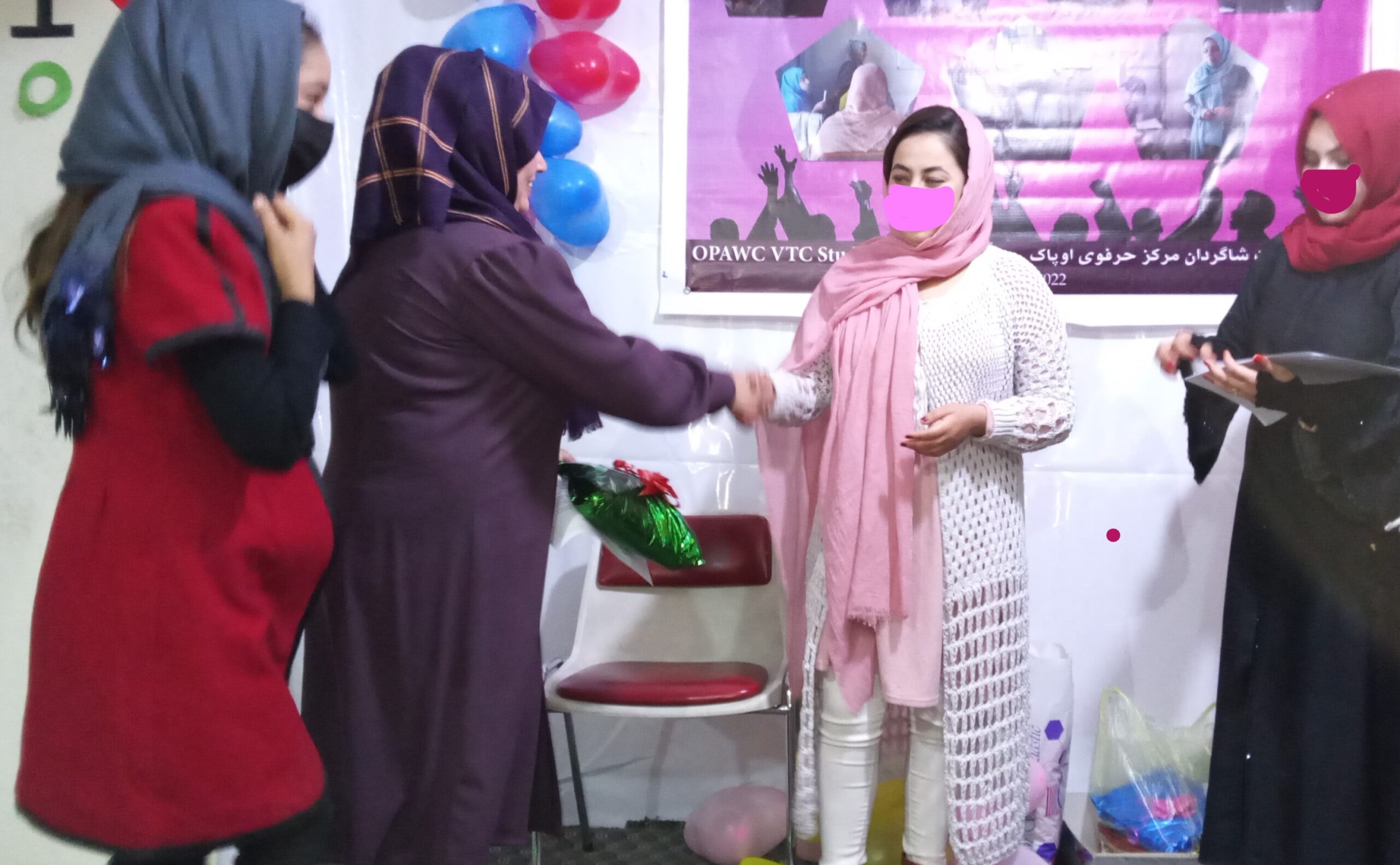